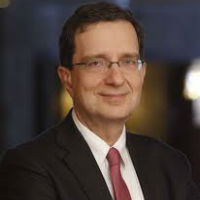 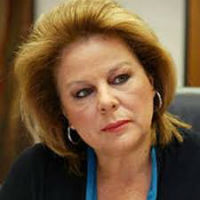 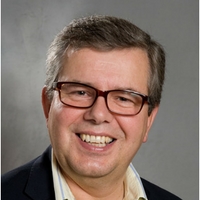 Greece has come through a major debt crisis, with austerity imposed by its ‘bailout’ programmes. It then had to manage the COVID-19 impact. So, what next? How could it chart a way forward to a stronger economic future? The committee chaired by Professor Sir Christopher Pissarides had been tasked by the PM with developing a plan for sustainable economic growth in Greece. In this event, Professor Pissarides outlined the main elements of the plan and Louka Katseli and Michael Haliassos gave their comments.Sir Christopher Pissarides is the 2010 Nobel Prize laureate in economics. He holds the Regius Chair of Economics at the London School of Economics and Political Science and the Chair of European Studies at the University of Cyprus. He is a macroeconomist who specialises in the economics of labour markets, economic growth and structural change, especially as they relate to obstacles to free-market clearing. In the last decade he has worked extensively on the employment implications of automation and artificial intelligence and on the emergence of China as a global economic power. He has written several books and contributed extensively to professional journals, magazines and the press. He has received several prizes, awards and prestigious Academy fellowships for his work, including the Grand Cross of the Republic of Cyprus and a knighthood from Queen Elizabeth II.Michael Haliassos (@Haliassos) holds the Chair of Macroeconomics and Finance, Goethe University Frankfurt, is Director of the CEPR Network on Household Finance, and advisor to the ECB. He is Fellow of CEPR and NETSPAR, and Board Member of IMFS and of the Think Forward Initiative. Professor Haliassos studied Economics at Cambridge, obtained his PhD at Yale, and is among the early researchers in household finance. He has been Director of the Center for Financial Studies (2010-15), co-editor of Greek Economists for Reform (2010-18), and member of the Economic Policy board (2010-11) and of the Greek National Council on Research and Technology (ESET, 2010-13).Louka T. Katseli is Professor Emeritus of International Economics and Development, Department of Economics of the National Kapodistrian University of Athens (1987 -), Chair of the Board of Directors of the National Bank of Greece in Cyprus, (11/2015 – ) and CEO of the Rightholders Cooperative EDEM. She is also Vice-Chair of the Executive Board and Chair of the Finance & Human Resources Committee of the African Capacity Building Foundation (ACBF), and member of the Independent Commission for Sustainable Equality, Progressive Alliance of Socialists and Democrats – S&D, (Progressive Society). She has served as Chair of the Board of Directors of the National Bank of Greece (3/15 – 11/16) and Chair of the Hellenic Banking Association (4/15 – 11/16). She was Greece’s Minister of Labor and Social Security (2010 – 2011), Minister of Economy, Competitiveness and Shipping (2009-2010) and a member of the Hellenic Parliament (2007-2012).Dr Vassili G. Apostolopoulos is the CEO of Athens Medical Group and the President of the Hellenic Entrepreneurs Association (EENE).

Kevin Featherstone is Eleftherios Venizelos Professor in Contemporary Greek Studies and Professor in European Politics and the Director of the Hellenic Observatory.