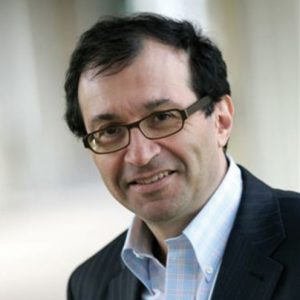 Daniel Cohen is Professor of Economics, Université de Paris (Panthéon-Sorbonne) and Ecole Normale Superieure, Paris.  He is also a member of the Council of Economic Analysis of the French Prime Minister and an Op-Ed columnist to “Le Monde” magazine.  Mr. Cohen is a distinguished fellow from Association Française de Sciences Economiques in 1987 and was appointed “Economist of the Year,” in 1997, by “Le Nouvel Economiste.” From 1991 to 1998, he was the co-director of the International Macro-economics Program at the Center for Economic Policy Research (CEPR). Prior to that, Mr. Cohen served as a consultant to the World Bank, from 1984 to 1997. He has served as an adviser to the Bolivian government (along with Jeffrey Sachs) and was a visiting Scholar at Harvard University from 1981 to 1982. He has published several books, including “Private Lending to Sovereign States,” “Our Modern Times” and “The Wealth of the World and the Poverty of Nations,” which has translated into 15 languages.